Here you will find dogs that were bred by Timberwood that currently compete in either conformation or performance. These dogs reside outside of our home with families we feel blessed to have found. 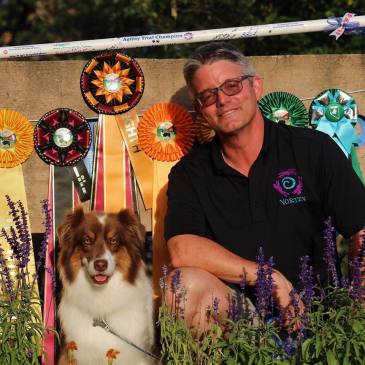 Jackson is owned and loved by Steve and Judy Else. He and Steve compete successfully in agility, winning more titles and awards than we can keep up with. Most importantly, he is a lovable goof who really enjoys performance. 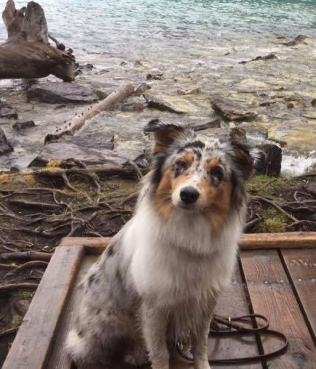 Truth is Judy and Steve’s second Aussie from Timberwood. She is full of personality and confidence.

Trace is owned by Taylor and her mother, Monica. We met through 4-H and Trace is their first Aussie. Taylor has had quite the successful, versatile career with him. Trace has 10 points in AKC, and competes in and has titles in rally, dock diving, and barn hunt. 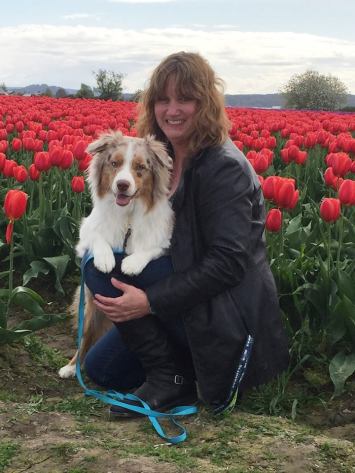 Timberwood’s Love In Life Is Everything RATI

Lillie, daughter of Trace and sister of Truth and Winnie, is Monica and Taylor’s second Timberwood Aussie. Very much the gem of Monica’s eye, Lillie has already started competing in the ring, been featured in the news, and competes in versatile events such as barn hunt.

Winnie is Rebecca’s first Aussie and first show dog. Winnie has already experienced some ring time in AKC. She is fortunate that she gets to live on a farm!  Sammamish KC Show in August 2019 Winnie takes a 4 point major!  Expertly handled by Professional Handler, Sammie Lewis

Suki, sister of London and Bre, is off to a great start. She resides in Gold Bar with Chris Knoop and is Chris’s first show dog. She spends her day as a designated barbershop dog and has already won several Best Puppy and Best Opposite Puppy awards.